ROGER TAKAHASHI AND GLENN CARNEGIE
As an Amazon Associate, I earn from qualifying purchases.

As advertised, we are rocking your face
We got you up, out of your seat
And all over the place
Look at you, shaking your ass
What a vision to see
We’re as good as advertised
At least it’s that way to me 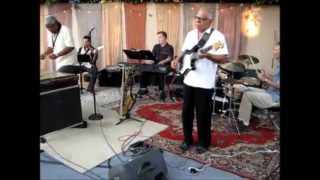 Shania Twain – No One Needs To Know

Sam Smith – I’m Not The Only One