Back to back
Sacroiliac
Spineless movement
And a wild attack

Fab five freddy told me everybody’s fly
Dj’s spinning i said my, my
Flash is fast, flash is cool
Francois sais pas, flashe no deux
And you don’t stop, sure shot
Go out to the parking lot
And you get in your car and you drive real far
And you drive all night and then you see a light
And it comes right down and lands on the ground
And out comes a man from mars
And you try to run but he’s got a gun
And he shoots you dead and he eats your head
And then you’re in the man from mars
You go out at night, eatin’ cars
You eat cadillacs, lincolns too
Mercuries and subaru
And you don’t stop, you keep on eatin’ cars
Then, when there’s no more cars
You go out at night and eat up bars where the people meet
Face to face, dance cheek to cheek
One to one, man to man
Dance toe to toe
Don’t move too slow, ’cause the man from mars
Is through with cars, he’s eatin’ bars
Yeah, wall to wall, door to door, hall to hall
He’s gonna eat ’em all
Rapture, be pure
Take a tour, through the sewer
Don’t strain your brain, paint a train
You’ll be singin’ in the rain
I said don’t stop, do punk rock 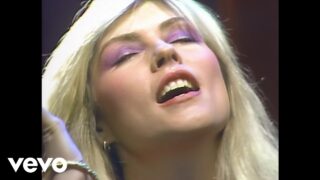