As an Amazon Associate, I earn from qualifying purchases.

I thought I knew ya
took the time to throw my love into ya
screw ya
cuz now you got me sittin’ in the sewer
I’m through with all them roller coaster rides
see, I ain’t forgot about the knots that you beein’ tieing with my insides
I dropped my pride
without you I was sure to die
I tried with cash
and all I could, to make it last
now I accepted that was in the past
I know you love me
love me like a piece of trash

but at first you were so sweet
couldn’t go without seein’ your face for an hour
so sour
it all became a hassle
you were even living in my castle
just to use me
and verbally abuse me
that’s not the way I’m running my shop
it took a while to see the light before I stopped
and you got dropped off
it’s over, probably I’ll be sweating it
but in the long run you’ll be the one regrettin’ it
maybe you won’t, maybe you will
but baby, you’re still about as real as a three dollar bill

ohh ohh, I sound like a bitch, a little bitch in heat
with all that anger that I’m feelin’ bitch I think it’s heat
another split tail just another split tail
thanks for the lesson now get your shit and hit the trail
we know I’m coming from the old school
you damn fool
intensity is something that I’m made of
and certainly I’m not afraid of
a little smack in my face
thanks for the taste

there’s no one to blame but you…

whatever
I think that, uh, I’d like to, uh, turn myself around and turn it over to uh… 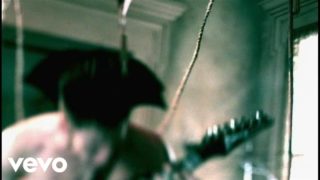